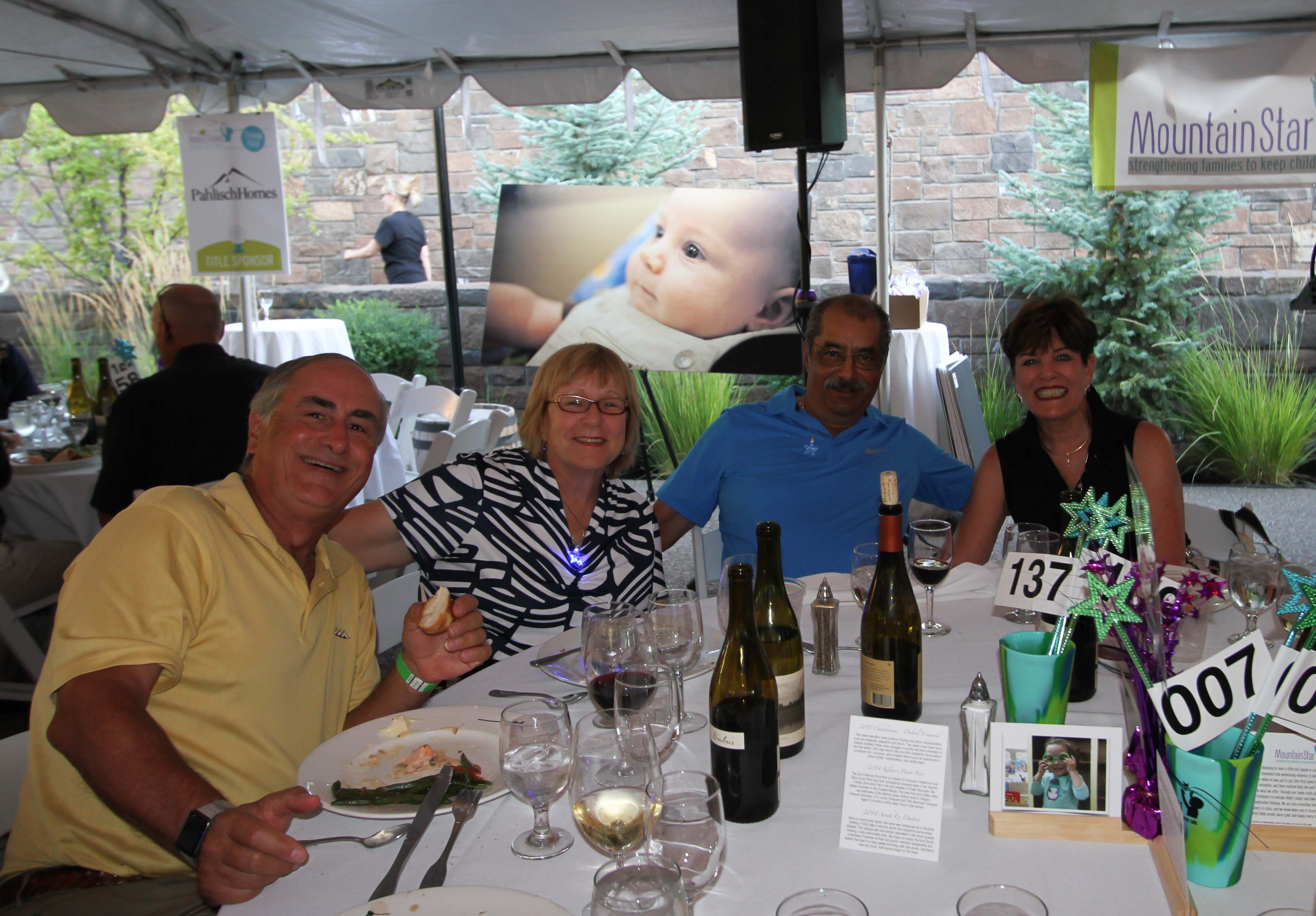 Golfers and supporters of MountainStar Family Relief Nursery raised more than $160,000 during the 2016 Birdies 4 Babies event held at Broken Top Club on August 28. Proceeds will support MountainStar’s family-focused child abuse/neglect prevention program that strengthens Central Oregon families who are living in crisis. Over 240 participants and businesses generously supported the Birdies 4 Babies golfing fundraiser, including Pahlisch Homes, which was the STAR Event Sponsor. Last year, Birdies 4 Babies raised a record $90,000, and this year’s sponsors and participants far surpassed the event’s fundraising goal of $100,000. Included in the total were contributions from 17 individuals at the $1,000 level, each of which was matched as part of a three year matching grant challenge from the Maybelle Clark Macdonald Foundation.
MountainStar began in 2001, serving 34 infants and toddlers. Today, it serves 450 young children and their families in Deschutes, Jefferson, and Crook counties. The growth of the organization points to the need for such services in the community and, by extension, the need for the community’s support of MountainStar through events such as Birdies 4 Babies. “We are astounded by the success of this event and our community’s commitment to keeping children safe,” says Tim Rusk, Executive Director of MountainStar. “Birdies 4 Babies makes up thirty percent of our annual fundraising goal; this is a significant amount that will help provide our nationally-accredited therapeutic classes and home visits to more families in the coming year.”

MountainStar extends a special thanks to Co-Chairs Virginia de Kat and Kathy Murch, as well as the planning committee and event volunteers. The organization also recognizes its generous Birdies 4 Babies sponsors and supporters, including:

About Birdies 4 Babies
During the summer of 2005, the Birdies 4 Babies golfing fundraiser was started by six good friends of MountainStar Family Relief Nursery. Following the "Birdie Club" and "2 Club" tradition that rewards birdies with a dollar or two paid to the golfer, these avid golfers agreed to collect their birdie money and donate it to MountainStar. Adopting the name “Birdies 4 Babies”, $500 "birdie” dollars was given to MountainStar at the end of the golfing season. Over the years, both amateur and professional golfers in Central Oregon have become involved with Birdies 4 Babies. Today Birdies 4 Babies funds are donated to MountainStar in a variety of ways, including contributions of birdie dollars and tournament winnings, the sale of gently used golf balls and proceeds from an annual B4B golf tournament. Since its inception, over $400,000 has been raised, with all the funds directly supporting MountainStar’s programs. According to Kathy Murch, former Board Chair of MountainStar and a Birdies 4 Babies volunteer, “Birdies 4 Babies works well because it’s such a simple concept, and the golf course provides a terrific venue for advocates of MountainStar to talk about the imperative role it plays in our community.”